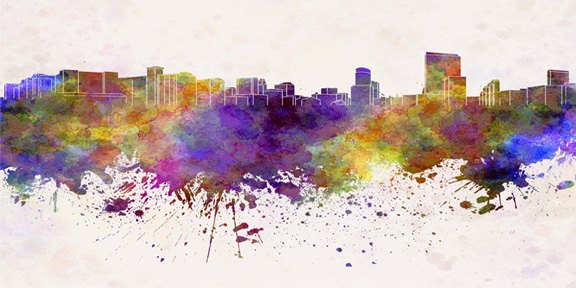 What Are They & Why Are They Important:

In Acts just after the releasing of the Spirit to for the church to be endured with power, Peter preaches a sermon with a promise out of the book of Joel in which he declares, “your young men shall see visions and your elder men shall dream dreams”, Acts 2:17

To many of us as leaders have developed a corporate worldview which says a leader must have a vision, however I have come to understand this is not how the Kingdom functions. It was back in 2007 or thereabouts that I came to realize that visions are personal and causes are corporate. As I mediated on that revelation I came to understand that leaders are not supposed to have a vision, remember Paul tells us that only mature/elder men should be in leadership and not given to a novice. So when I am asked for advise on church direction, I often ask the person one question; “do you have a vision”? And as you guessed the answer is often yes. I would then say “you need to drop your vision” and they look at me in shock and usually I get a “but without a vision the people perish” to which I respond, yes but a vision is personal.
Then I endeavor to show them how their vision is in the road of equipping the people to fulfill their destiny. That they like I had been taught that when you have a vision, you either have to die to the vision or but your vision on the altar, and God will resurrect it in His own good time, sound so spiritual doesn’t it? But is this true or is it just religion to keep the sheep toeing the line.

Lets think on that for a moment? I am one of your members, I come to you and say Pastor I have a vision, and your response is, brother you have to put your vision on the altar, or die to it. Doesn’t that mean I have no vision, and what does the word say about people who have no vision? Yep they perish or wander through life aimlessly. No, it is not the vision I have to die to, or that I have to put the vision that has to be on the altar, it is me that has to die to self, and it is me that has to be on the alter.
But then you say, but God brought you here to sit under ‘our’ meaning my vision. But again is this true? No it isn’t, God does not put people in your church to fulfill your vision, but He placed you there to equip them to fulfill their vision. See when you have been demoted to leadership we lose all our rights and take up the cause of the King, and to do that we have to look beyond vision and begin to dream. A vision is a part of the picture, a dream is a far greater picture. So instead of just wanting to see your vision completed, you only need yourself and a couple of others to help you. However to fulfill a dream you have to have a multitude of people walking out their visions as you have equipped them and sent them out to do the vision or ministry. Just like we do or are supposed to do with our children, we raise them up to be all they are gifted to be and then release them to do it.

See there is nothing wrong with our young men and women having a vision from God after all that is their Kingdom Assignment, their destiny and he placed them under your care to equip them to be able to fulfill their vision and in doing so you see your dream coming together. If I have a vision rather than a dream my vision can crowd the vision/s of the people we are supposed to equip.

Acts tells us that Young men have visions Older/elder men have dreams, young en are learning to begin their walk of authority and as such are entrusted by God with a vision, and as they grow in God and in faithfulness He may then increase their capacity to dream which now requires them to equip others to fulfill their dreams.

As I stated before a dream is a big picture, a vision is a smaller one. I remember in my early years the idea was that old men dreamed about what could have been and all they could do was sit around and dreaming and twiddling their thumbs untill they pass on. However this is not the idea that comes from the message by Peter quoting Joel. The dream is the bigger picture, a dream is impossible for one person to fulfill unless one is equipping the ones God has given them to fulfill their visions. That is why I tell pastors who seek advice, to get rid of their vision and ask God for a dream, and as the dream begins to develop then equip those whom He has given you to fulfill their visions, and that way you actually build a real community.

One final word in closing this post, people need to be about their vision as they are helping you to walk out all God has called you too. This is a hard lesson I learned and am now suffering for it. For a few years I was helping as a volunteer in another ministry while I was about building my purpose. However what I ended up doing was laying down what I was called to do because I fell in the trap of “the tryanny of the urgent” which was always someone elses urgent. What I learned was this; When I am equipping others to fulfill their visions, I must never allow them to be so taken up with the things I need done that they neglect their responsibility toward God’s plans and purposes for their lives.

So much leadership is self-centered focusing on their vision instead of releasing the visions of their people. Vision cannot bring unity because it is personal, only a dream can bring unity because it needs visionaries (plural). A dream can be passed from generation to generation from Fathers to Spiritual Sons, a vision dies with the visionary. Unity in scripture is not one way personal/singular that’s the worlds way, but unity in scripture comes from diversity of visions for one cause, not the church but the Kingdom. That is why we have to change the way we think and grasp that vision is personal, cause/mission is corporate and needs a leader with a dream. When we walk in our dream we have no end of people with visions seeking to be equipped to fulfill their Kingdom Destiny, or begin the journey as the walk out their vision as God begins to build a dream in their life, so they can lay down their vision and step into the place of equipping a new generation of visionaries.